How can procurement sapiens repeat the success of homo sapiens?

I recently picked up a book Sapiens: A Brief History of Humankind written by Yuval Noah Harari and could hardly put it down. With ease, Harari accounts for 70,000 years of human history ranging from anthropological, biological, cultural, psychological and economic viewpoints. By tracing out checkpoints for human development with Cognitive Revolution, Agricultural Revolution, the Unification of Humankind with universal myths and stories and Scientific Revolution, Harari creates a thought-provoking narrative of what makes us tick.

Given that procurement is fused with my thought process, I naturally saw parallels with procurement’s previous and current evolutionary stage. Putting aside the obvious comparison between our ancestors as hunters/gatherers and modern procurement buyers as gatherers of RFPs and hunters of the best deals, there are many more points to compare and contrast:

HUMANKIND: According to Harari, 100,000 years ago Homo sapiens was just one of human species, living mainly in East Africa. Our other relatives, such as Homo neanderthalensis were in Europe, Homo erectus was in Asia and Homo soloensis on the island of Java. No matter how different each species was, there is evidence of interbreeding. But the most interesting point is how did Homo sapiens become the dominant species? Harari states it is due to a cognitive revolution that the sapiensunderwent that made all the difference. Even though other species were also big-brained, what distinguished sapiens was the ability of large-scale collaboration. Because no other animal is able to achieve so much with complete strangers only because they believe in the same things.

PROCUREMENTKIND: The development of procurementkind still has many different species roaming around, the operational species, tactical, strategic and mixes of various degrees. My view of what the Procurement sapiens would be in this version is basically the strategic kind, but with the incorporated executional knowledge that is slowly becoming automated. Procurement sapiens is also the only human animal in the company that questions their own purpose and importance over and over again. As far as collaboration goes, the parallel is quite uncanny. What separates Procurement sapiens from other procurement species is exactly the uniqueness of its ability to effortlessly create lasting cooperative relationships with both suppliers and internal clients. And yet it is flexible enough to welcome change when innovation and digitalization knock at the door.

Sometimes you should play with fire!

HUMANKIND: Harari states that we assume how humans became the top animal because of their big brain, uses of tools, the ability to learn and more complex social structures. But humans had all those perks for 2 million years and yet were still vulnerable and afraid of predators. Those humans didn’t really dare to hunt for big game, they picked a plant here and there, snacked on insects and small animals or ate someone else’s leftovers. It wasn’t really a life of a dominant species. The breakthrough they were waiting for was the domestication of fire. Light and warmth were readily available and lions were no longer such a deadly issue. But the actual jackpot of fire was cooking. Everything could be barbecued or cooked and by doing so, humans welcomed new articles into their diet such as wheat, rice and potatoes. The process also eliminated germs and parasites and everything became easier and faster. Food when cooked took about an hour to eat, while chimpanzees spent five hours a day chewing raw food. What a time saver! What a strategic tool!

PROCUREMENTKIND: In my personal view Procurement sapiens domesticated fire in 1983 with Kraljic matrix. So fire has been around for over 30 years, yet still so many of procurementkind is eating raw meat or they are satisfied with plants and insects. Not to mention that stoves are available today that can cook the meat for you. By stoves, I mean strategic integrated tools that can get, sort and cook the food (Category/Supplier Management), keep the lions away (Risk Management) and save time so the entire company can enjoy a delicious meal.

Change the story, change the community!

HUMANKIND: Harari places human language as a key feature that enabled us to rise above all other animals. In his account, our language possesses two unique characteristics. The first one is that it is incredibly nuanced, meaning we can communicate beyond just yelling: Careful! Lion! We can exchange an incredible amount of information about the surrounding world and most importantly about ourselves and other people. Yes, gossip is a very important evolutionary component. Because without social cooperation we cannot survive or reproduce, we have to rely on gossip to know who can we work with, live with or who is not trustworthy. But the single most important feature is our ability to create imagined realities and shared myths. Religion, laws, empires, money, capitalism are all well-crafted stories that are able to unite millions of complete strangers around a single idea. Those and many other myths existing in our collective imagination are our greatest tool to unite and work together, sometimes for the better, sometimes for worse. But the way people cooperate can be changed by telling a different story.

PROCUREMENTKIND: As far as the expression of the procurementkind goes, there are still some kinks that can be worked out. For decades, the ruling myth in procurement was: Keep to yourself! Keep pressuring suppliers, get the best price and move on!The myth has been changing slowly in the direction of strategic procurement over the last years, but it is still not the dominant one. As we have seen, our greatest advantage as humans is to collaborate, so why then wouldn’t Procurement sapiens use that evolution given gift to the company’s benefit? When top management and internal stakeholders are deciding on business requirements, Procurement sapiens should knock on their cave and use that nuanced presentational language and offer assistance, collaboration and strategies for building the company myth.

Hopefully, this comparison will spark an interest in Harari’s book, it’s well worth a read. Even more importantly, it will encourage the procurementkind to collaborate, use fire-starting tools and recognize more useful myths.

If you want to keep up with industry insights, be sure to follow Cirtuo’s LinkedIn page 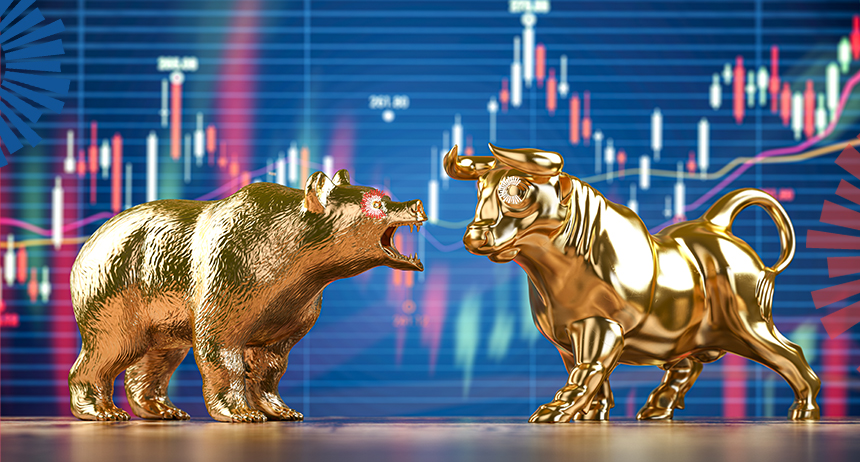 Procurement in times of inflation and volatility

The last two years have been nothing short of turbulent, unpredictable, and shocking for most of the population. The COVID pandemic, followed by the war in Ukraine, inflationary pricing, and volatile markets, hasn't been easy to digest and is felt by everyone around the globe.

Is there procurement in the future?

For years now, company buyers and their suppliers end every business year with a traditional dance.

What if customer experience was procurement’s greatest focus?

How would internal employees rate their “customer experience” with the procurement department? If it were a hotel, perhaps it wouldn’t even get a rating above three stars and have countless negative reviews online.

The end of procurement as we know it

Accenture published an exciting whitepaper in 2021 looking at what the business will need and expect from Procurement, and how is that different from the role Procurement plays today?

You can find out more about which cookies we are using or switch them off in settings.

This website uses cookies so that we can provide you with the best user experience possible. Cookie information is stored in your browser and performs functions such as recognising you when you return to our website and helping our team to understand which sections of the website you find most interesting and useful.

Strictly Necessary Cookie should be enabled at all times so that we can save your preferences for cookie settings.

If you disable this cookie, we will not be able to save your preferences. This means that every time you visit this website you will need to enable or disable cookies again.